Recent research reporting on improvement on an 8 year old girl undergoing chiropractic care reveals that chiropractic may play an important role in managing children with allergies and immunity related issues. The research, reported in the Journal of Pediatric, Maternal & Family Health - Chiropractic, includes a review of the literature supporting the role of chiropractic in children suffering from allergies and calls for more research in this area.

"Numerous case studies and some clinical studies are revealing that there is a relationship between abnormalities in the spine, the nervous system and the various problems related to allergies and immune dysfunction" stated Dr. Matthew McCoy, a chiropractor, public health researcher and editor of the journal that published the study. "These types of structural problems in the spine cause a ripple effect through the nervous and immune systems. By removing the structural imbalance chiropractic helps improve nerve supply and immune function."

The unique aspect of this case study is the improvement in Immunoglobulin E levels following the introduction of chiropractic care. After suffering from allergies for many years the parents of the child brought her to a chiropractor who checked the child's spine for vertebral subluxations, found them and then reduced them. Abnormal position or movement of the spinal vertebra can develop and this can lead to nerve interference. It is this interference, called vertebral subluxations, that chiropractors correct.

McCoy added "With everything we know about the relationship between the nervous and immune systems, chiropractic makes perfect sense in the case of childhood allergies. In fact, chiropractic is not treating the allergies or immune dysfunction but re-establishing normal neurological function which benefits the immune system of the patient."

There is an intimate connection between the functioning of the immune and nervous systems. The immune system has even been described as a continuation of the nervous system, with immune cells functioning as the effector cells of the nervous system as it alerts and guides the immune system, mediated by numerous factors such as neurotransmitters and cytokines. This close association of the two systems has long been acknowledged in chiropractic as an underlying feature of why people improve under chiropractic care for various problems.

In the case study an 8-year-old female patient presented with complaints of left hip pain, left internal foot rotation, and allergies including peanut, pecan, walnut, and hay fever for at least the past six years. Prior to chiropractic, the patient had seen a pediatric orthopedist, who recommended stretching and drugs for the hip pain. The child's allergies were bad enough that she carried an EpiPen®.

The child had a history of eczema, and tonsillectomy with adenoid removal at the age of seven and a history of antibiotic use approximately one to two times per year.

The chiropractic exam revealed subluxations in the neck and lower back along with postural abormalities. The child's hip pain was gone after just four chiropractic adjustments and her posture improved. She experienced improvement in her allergies and a blood test revealed that her Immunoglobulin E levels had reduced.

The author of the study called for more research in this area. 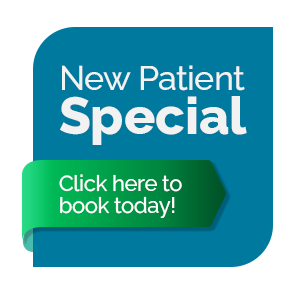 Share on TwitterShare on FacebookShare on PinterestShare on LinkedInShare on Email
← Are You Feeling The Effects of The Spring Season in Burlington?Is Interference Making You Sick? →
Scroll To Top